Martin had been resident for nearly two years in a medium-security ward (a Norwegian facility for people exhibiting psychotic symptoms and violent behaviour). He was in his late 20s, diagnosed as a paranoid schizophrenic. Attempts to get him ready for discharge by helping him spend periods in his flat were abandoned because he assaulted staff without apparent provocation, kicked in doors and smashed windows. Antipsychotic medication, which staff usually relied on, had not relieved his auditory hallucinations (mostly heard as the critical voices of the staff), paranoid delusions and symptoms of withdrawal, apathy and emotional blunting. As a result, staff had lost heart.

At this point, psychologists who took a narrative approach to treatment entered the story. They and two colleagues (a psychiatric nurse and a discharge coordinator) have now published a paper, showing that, once the story that staff told themselves was changed from negative (Martin had serious antisocial traits, was unpredictably violent and needed to be transferred to the maximum-security ward) to positive (violence occurred only on the ward and Martin used it to deal with negative emotions, such as anxiety about perceived rejection and fear that he couldn’t manage living alone) – and once Martin’s narrative was changed from defeatist to optimistic – progress was made very quickly.

It was realised that, for staff to engage, there needed to be a fixed progression plan, so a discharge date of three and a half months ahead was decided on. This meant staff knew that, whatever happened after that date, Martin would no longer be their responsibility. Martin was told he could take his time and agreed to two sessions a week with the treating psychologist – thus regaining a sense of urgency.

Over the course of the sessions, through the technique of separating the person from the problem, Martin began to see himself as distinct from and not at the mercy of his voices and delusions: “Psychosis became a problem he had, not who he was. Gradually, an alternative and more adaptive personal narrative emerged where violence and psychotic symptoms were no longer interpreted as fixed personality traits. Instead they were separated from the client and redefined as external problems that could be observed from a distance and dealt with in collaboration with his helpers. Thus, Martin could admit to being anxious about his ability to cope with life outside the hospital while longing for independent living.”

He actively participated in the move towards discharge by staying for longer periods in his own flat. As Martin perceived staff efforts to encourage him in independent living as a desire to get rid of him, it was decided that the discharge coordinator – the person who ensured collaboration between different agencies – would be the only one to take this role, introducing Martin to community health centres, taking him to his flat and helping him buy furniture.

It was important that Martin was always made to feel welcome when in, or returning to, the security ward. To achieve this, six members of staff agreed to work with Martin exclusively, motivated by the sense of achievement that would be derived from a successful discharge, while the rest were relieved to be free of burden. Martin’s violent behaviour was reframed as the way he handled unbearable feelings, such as shame at perceived rejection, and he gradually learned new ways to cope with them. Martin himself participated in deciding on the strategies to be applied if he showed signs of aggression or of being tormented by hallucinations or delusions. These included asking to speak with staff about his emotions, being allowed ‘time out’ in the ward’s seclusion area or requesting calming medication. The staff agreed to alert Martin to his behaviour and to remind him of the options chosen.

The authors report, “Over time staff reported a change in the communication between Martin and themselves. The implementation of the interventions mentioned above revealed to the staff that there might be other causal explanations for Martin’s behaviour besides alleged antisocial personality traits. By asking him how he felt, they could see and understand his subjective experiences. Consequently, staff now interpreted Martin’s signs of aggression differently. This in turn changed the tolerance they had toward Martin’s displays of anger. A sense of mutual trust had been established by allowing the presence of a different narrative.

Three and a half months after treatment started, Martin was living independently, keeping outpatient appointments and feeling able to ask for short inpatient stays if he felt the need. This uplifting account shows just how much can be achieved, even in challenging circumstances in a challenging setting, through changing seemingly entrenched perspectives.

This article first appeared in the Human Givens Journal Vol 18, No. 2, 2011. Each issue of the Journal is jam-packed with thought-provoking articles, interviews, case histories, news, research findings, book reviews and more. In order to maintain its editorial independence, the journal doesn’t take advertising – which means it depends on  new readers and subscribers. If you enjoy the articles on our websites, why not take out a subscription or buy a back issue today…

Can Schizophrenia Be Cured? 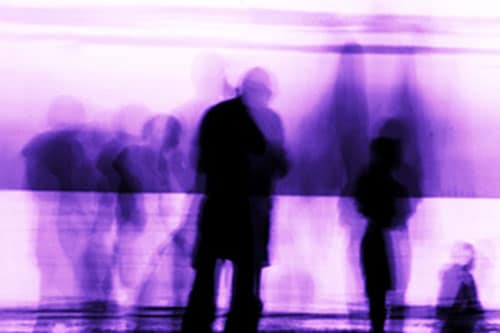