Professional coach and HG practitioner Steve Maher shows how making simple changes quickly enabled a highly anxious client to start meeting his needs again, and get back to work. 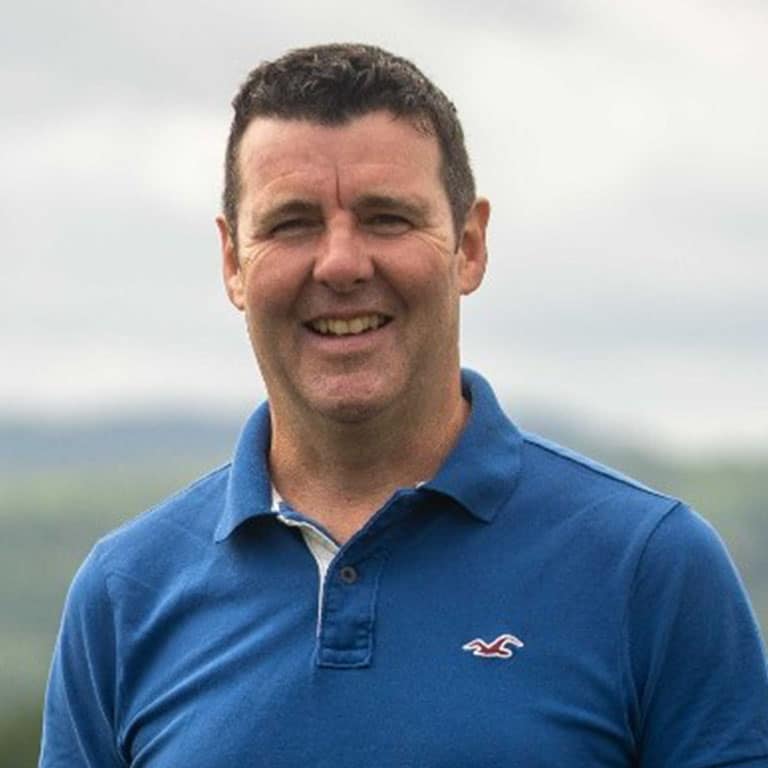 Alan had been signed off work with crippling anxiety and was referred to me for help via the Red Poppy Company, which provides companies with effective therapy for over-stressed or traumatised employees. When Alan walked into my consulting room, I saw a man who, despite being over 6ft, had the demeanour of someone much shorter. Eyes downcast, shoulders slumped, his steps hesitant and slow, he bore all the hallmarks of someone whose life’s ups and downs had gotten the better of him.

He told me he enjoyed his job as a lead technician but he had always been anxious and the sudden loss of a close family member had triggered a downward spiral that ended up with him hardly able to leave his home. He had lost all interest in the activities he used to love, such as going to watch his local football team each week, having meals out and going on holidays.

Because of our shared love of football we quickly formed a good connection. I asked Alan to scale his anxiety, taking 1 as extreme anxiety and 10 as calm and relaxed.  Alan scored his current anxiety at 2. I asked when he had first become aware of being highly anxious and he immediately told me that it began at the age of six, when he was at school and being taught by an abusive, bullying teacher, resulting in the complete undermining of his confidence and self-esteem. 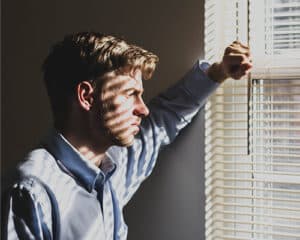 Constantly doubting himself, he was driven to be a perfectionist. This had led to a strong need to be the one in control of everything, not only at work but at home. He insisted on being the one to handle household bills, car servicing, organising holidays and even the weekly shop. He recognised that the excessive worry this caused was affecting his relationships – most particularly with his partner.

When he completed the Emotional Needs Audit, he scored low on control because, although he was driven to seek it to excess, he rarely actually felt in control.

Setting meaningful and achievable goals is an important part of the HG approach and Alan identified that he would be happy if he could scale his anxiety at an 8, representing for him a level at which he could return to work and no longer have to strive to control everything around him. So we set off on what would prove to be a life-changing journey for Alan.

We started by looking to identify small, achievable changes in behaviour which he could start to make, to reduce his excessive attempts to control. A significant bone of contention in Alan’s home was the weekly shop. He didn’t trust his partner to do the shopping in case the wrong item was bought or something was missed.  We agreed that Alan would let his partner do the shopping on her own. Of course, the thought of this made him extremely anxious, so I taught him a simple breathing technique called 7:11, which he could use to calm himself down. He agreed to practise it throughout the week. 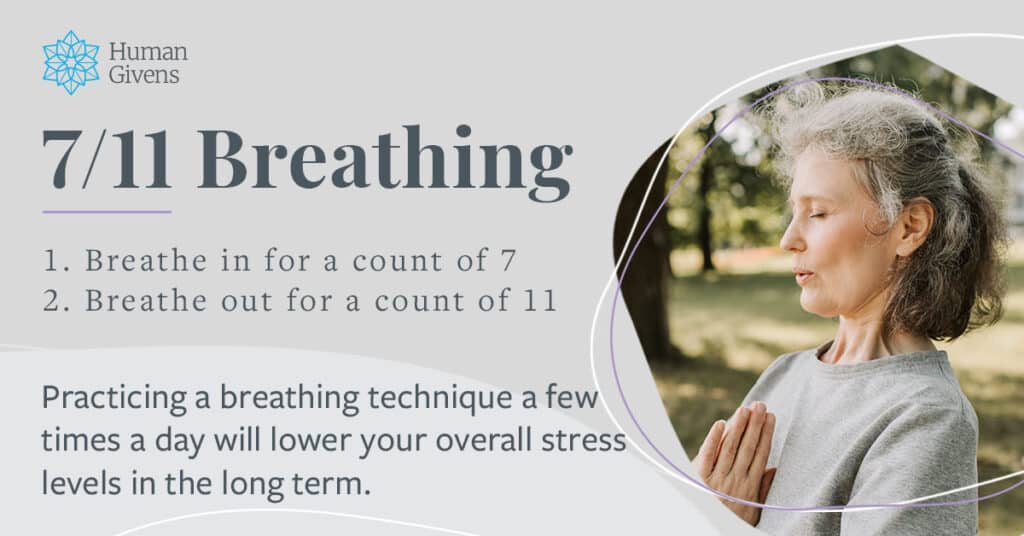 We also explored worst-case scenarios. What was the worst that could happen if the shopping wasn’t done to Alan’s standards? He was even able to laugh when I nudged him into agreeing that, if his partner forgot the milk, it probably wouldn’t be the end of the world and Alan could go out and pick some up later. After relaxing Alan deeply, I guided him to imagine coping with the scenario of leaving the shopping to his partner and, by the time he left the session, he said he felt equipped to manage.

Greeting Alan at the start of session two I noticed a shift immediately. He was standing taller, smiling and making eye contact. It was like meeting a different person. Alan reported that he found the 7:11 breathing extremely useful and had indeed practised it throughout the week whenever he started to feel anxious. It was a revelation to him that he could immediately calm himself down. With a rather embarrassed smile, he also admitted that letting his partner do the shopping had turned out easier than he thought. She did, in fact, forget an item but Alan had been able to keep this in perspective. He now wanted to move on to the more challenging goal of returning to work.

I was at a point in life where my existing anxieties, worries and excessive need to control things had taken over my life but luckily recognised the need to seek help! Although I was extremely hesitant at the start, as sessions passed, progress was evident through my change in emotion and feelings. It’s certainly safe to say that the success of getting my life back on track was through the joint commitment of both myself to make a change and Steve who was very keen to help me make that positive change.”

Although Alan enjoyed his job, he found it stressful because errors within his team could lead many people to be inconvenienced. This sometimes resulted in abusive phone complaints, which stressed him further (“one hostile call like this can ruin my week,” he told me) and exacerbated his need for control. He achieved this often by taking over his team’s work himself, which was exhausting and left him unable to unwind in the evenings and at weekends, so he would start his next working week still exhausted. I pointed out his unhelpful all-or-nothing mindset, which allowed his whole week to be ruined by a 10-minute conversation. Once again, we used guided imagery to enable Alan to prepare properly for such an encounter and handle it calmly and efficiently, instead of panicking. I also suggested that he could safely “let go” of the need to control every activity of his team.

Alan’s improvement continued and he did return to work. He reported, when I saw him next, that there had been a major incident, which led to one of the dreaded calls from an angry customer. Having rehearsed this scenario in guided imagery, he said he noticed how much calmer he felt whilst having the difficult conversation. His heart wasn’t racing; he wasn’t sweating and he didn’t feel the need to be sick or go to the toilet, all physical symptoms of extreme anxiety when we feel threatened. He was able to have a calm, rational conversation with the customer and resolve the matter professionally. And his week wasn’t ‘ruined’.

As Alan was making such remarkable progress after only two sessions, I decided to tackle the root cause of Alan’s debilitating anxiety, the emotionally charged memories from when he was six years old at school. 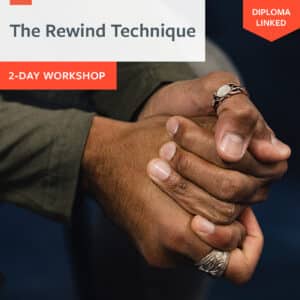 To help people overcome traumatic experiences, HG therapists are trained in the use of a powerful and non-invasive detraumatisation technique known as the rewind, which enables the client to unhook the strong emotions associated with a traumatic memory. Alan found the experience unusual but very calming and relaxing. We agreed to set some more goals for the week which involved more ‘letting go’ – this time through sharing the responsibility of choosing, planning and booking a family holiday.

By our fourth session, Alan was standing to his full height and was wearing a big beaming smile. He said he felt lighter and that the “weight of the world has been lifted off my shoulders”.  He was now really enjoying his work, without getting overly stressed, and delegating much more to his team – with the knock-on effect that they seemed to be enjoying their own work and doing it more efficiently. (Over-control deprives others of a meaningful sense of control, which they need too.) At home he no longer insisted on doing every activity from the shopping to the ironing to make sure it was done ‘in the right way’. With so much more time available to him he had even returned to the gym to get fit and had gone to his first football match in months.

I asked him to scale his anxiety levels and, with a smile from ear to ear, he declared. “I’m at 8 out of 10!”  Although entitled to six sessions, I suggested that perhaps Alan didn’t need another one. However, he was still nervous that he might come off the rails, so we met for a fifth and final session. When he arrived, Alan told me at once that he now felt he had balanced control of his life and that the only reason he had come was to thank me for helping him turn his life around.

The 3 stages of the Diploma explained

The beauty of this flexible, 3-part Diploma is that you can work through it at a pace that suits you…